Notice of Annual General Meeting for 2022. 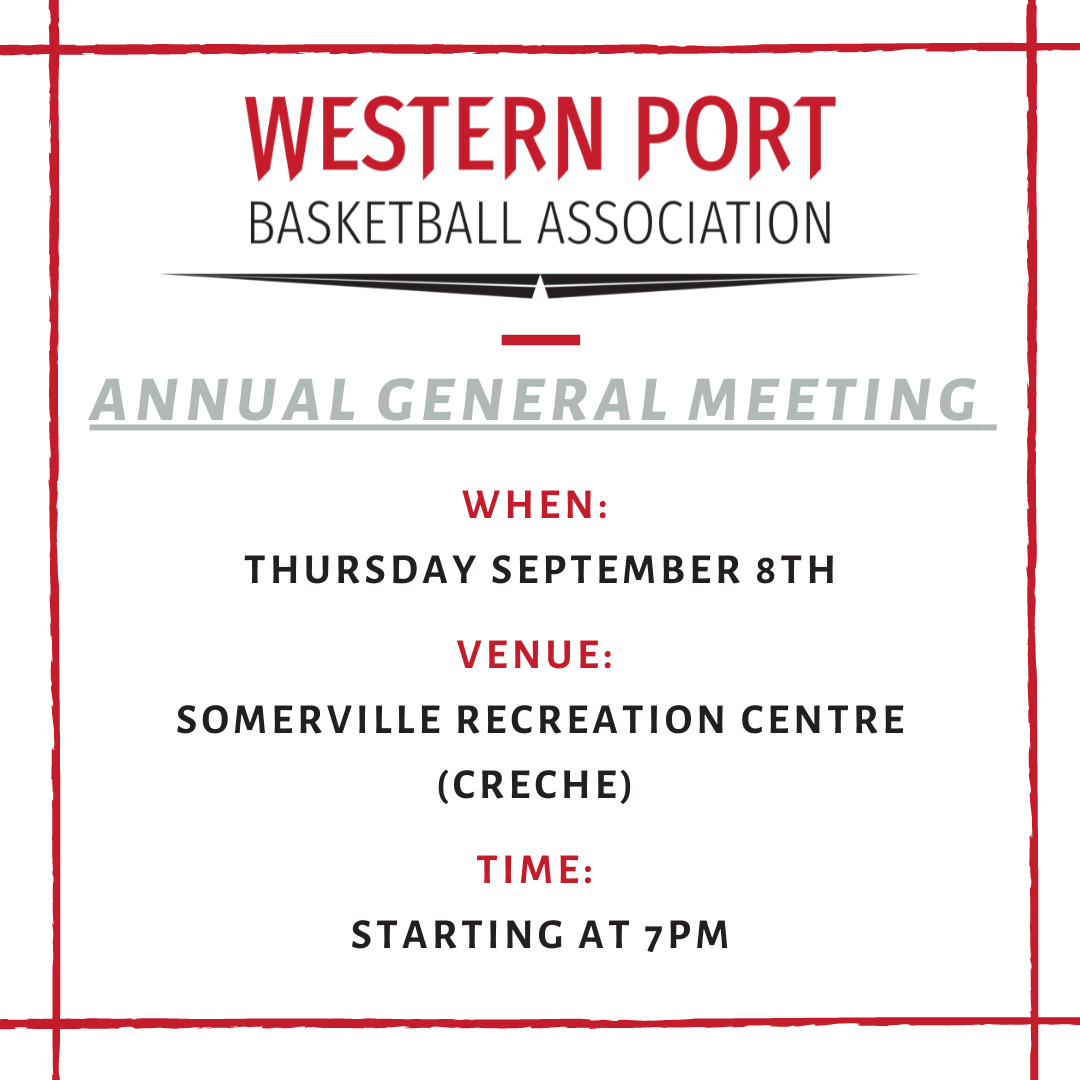 NOTICE IS HEREBY GIVEN under Rule 12 of the Western Port Basketball Association Constitution that an Annual General Meeting of the members will be held:

All Member clubs are entitled to have a registered delegate attend the meeting, likewise is you would like to become an ordinary member of the association please complete the application form

Notice of business received after 5:00pm on 19th August 2022 will not be considered.

Nominations for the positions of Four (4) Elected members of the committee for 2 year terms must be lodged using the Nomination form.

Nominations received after 5:00pm on 1st September 2022 will not be considered.

Agenda and Business will be issued on August 25th 2022.

Western Port Steelers are excited to announce its try-out sessions for the upcoming 2023 season.

On the news of Ned’s departure, the Westernport Basketball Association (WPBA) has taken the opportunity to restructure its administration. We will be welcoming on board Peter Caspersz

Western Port Steelers are now accepting Expression of Interest to be a part of our VJBL coaching group for the 2023 season.

Western Port Basketball wants to ensure that our competitions and facilities are one that all can feel comfortable and supported at, there is no place in our community for discrimination or intolerance.

In partnership with Mornington Peninsula’s Youth Services, Western Port Basketball will be running an outdoor 3v3 knockout tournament to coincide with the opening of the Somerville Active Recreation Hub

Ned on the Move